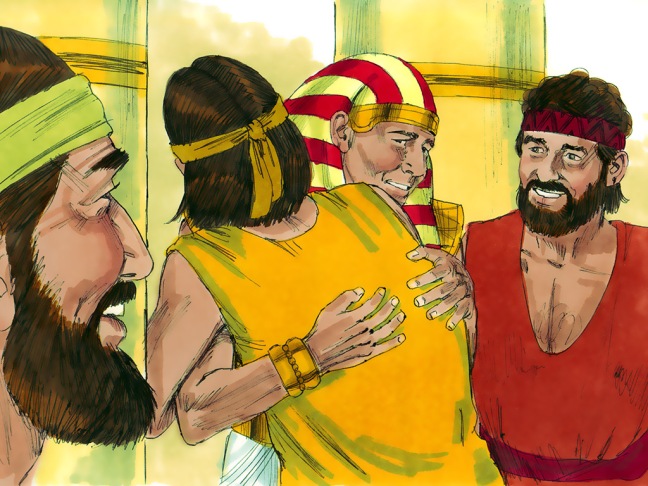 I wonder what Joseph’s brothers were feeling in Genesis 45 when Joseph finally revealed himself to them.  I would imagine the first response would have been shock, after all, when they sold their brother into slavery they probably thought they would never see him again.  The next feeling they must have had was fear.  They probably thought, “Surely now Joseph will punish us for the wrongs that we have done to him.”  What Joseph did next surprised his brothers.

Instead of seeking retribution, Joseph forgave his brothers for their past crimes.  How can a person, who was treated so badly, show mercy to those who victimized him?  I can imagine Joseph, during his tenure as a slave and as a prisoner, considered why these things happened to him; and may have even considered having revenge on his brothers if he had the chance (this is speculative mind you).

It was during those years Joseph began to see things differently; not from his perspective but through God’s point of view.  In Genesis 45:4-8, he revealed to his brothers that while the deed that they had done to him was evil, God intended it to happen for the good of all in the future.  Joseph understood that God doesn’t make mistakes.  While our eyes may view hardships in life as injustice or even an mistake of God’s, however when we trust in the Lord, we will begin to see that even the bad things are a part of His Master Plan.

Now I am not suggesting that it is God that causes us to sin; for that would be against His nature.  Instead I am saying that sees each of our lives not as moment by moment like we do, but as a broad picture in which all the actions that we do (past, present, and future) are seen all at once by Him.  Now this picture of our lives was made by God Himself so it is impossible for us to surprise Him, He knows us way too well.

Why Doesn’t He Stop The Evil

Now if God knows that we are about to do something wrong, why doesn’t He stop it from happening?  That is a good question and I don’t have a clear answer for it.  Instead we ought to stop looking at difficult times from our point of view and consider them through God’s eyes and trust that He knows what He is doing, even when we don’t.

That was what Joseph had done.  Had not his brothers sold him into slavery, he would not have gone to Egypt.  Had Joseph not gone to Egypt, he wouldn’t have been able to save his family from starvation at that given moment.  I am sure Joseph recognized these sequences of events as part of the Lord’s plan once he was in the place of authority and I am sure he gave praise to God for his faithfulness.

Trust Helps Us To Endure

Are you experiencing any hard times?  If you are, I urge you to view them not from your perspective but through the Lord’s point of view.  Trust that the Lord will redeem this situation for your good and for the good of others around you.  When you have this trust that everything is in God’s hands, you would be able to endure any hard times.