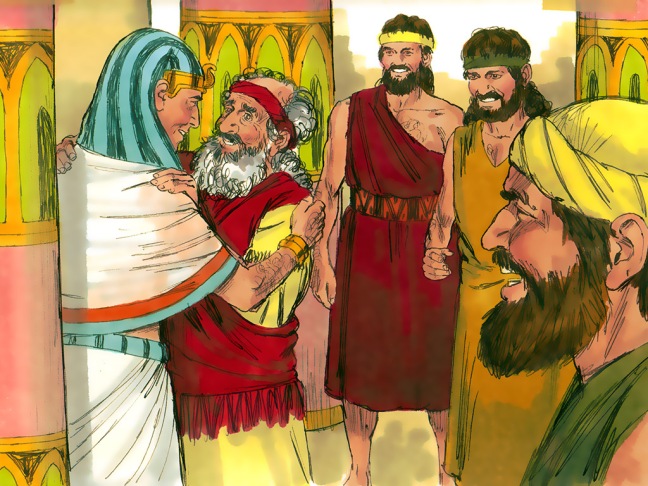 Reflecting on the Past

As I get older and reflect on my life, I marvel at how far I have come.  Starting out as an extremely introverted loner with a negative view of himself and now becoming a confident young man with hope for the future; I owe all this change to the Lord who can turn simple water into the finest of wines.  When you look back at your past as you get older, can you honestly say that you lived a fulfilling life?

In Genesis 47, we get a glimpse of what Jacob thought of his life.  Jacob and his family have arrived in Egypt and he has finally reunited with Joseph.  In Genesis 47:7-10, Joseph presented his father to Pharaoh and Jacob blessed the king.

It’s Not the Age, It’s the Mileage

Then Pharaoh asked Jacob how old he was, which I found rather unusual.  I guess Jacob looked rather ancient in the eyes of the king.  Little did Pharaoh realized, Jacob wasn’t just old on the outside, but also in his soul as well.

Jacob described his life as a hard life and you almost get a hint of bitterness in his voice as he reflected on the days of his life.  Compared to his fathers Isaac and Abraham, Jacob had endured many things: he was forced to run away from home; received bad treatment at the hands of his father-in-law; lost the love of his life (Rachel) too soon; and he also suffered heartbreak when he thought his favorite son Joseph was dead.  All things considered, no wonder Jacob was bitter in his old age.

Regret for the Past

However, most of these hardships that Jacob had to endure were the results of his sinful ways.  Remember the hardships began when he conned his brother Esau into giving him his birthright and blessing.  Even though Jacob came to know the Lord later on, he still had to suffer the consequences for his actions.  It could be suspected that Jacob accepted his circumstances as punishment for his crimes, but it probably also filled him with regret wishing that he hadn’t done what he had done.

A bitter life is one that is filled with regret.  When we don’t put our trust in God at the beginning and decide to get things our way and not His, the consequences of our actions (after we come to faith) often come back to haunt us.  Now God allows these things to happen not to punish us, but to remind and teach us that His way is always better.

How to Respond to Mistakes?

We will all make mistakes in our lives, but how we respond to the consequences of our actions will determine if we have a life that is fulfilling or one that is full of bitterness.  When we regret our actions and let them haunt us then our lives become bitter.  On the other hand if we accept our consequences and learn from them so that we don’t do them again, we grow spiritually and have a fulfilling life.

What about you?  When you reflect on your life will it leave you bitter or fulfilling?  If it is bitter then I urge you to let go of your regrets for they will only prevent you from experiencing the fullness of life which God has for you.  Learn from your mistakes and move forward into the joy that only comes in following God’s will.

One thought on “How Will You View Your Life?”