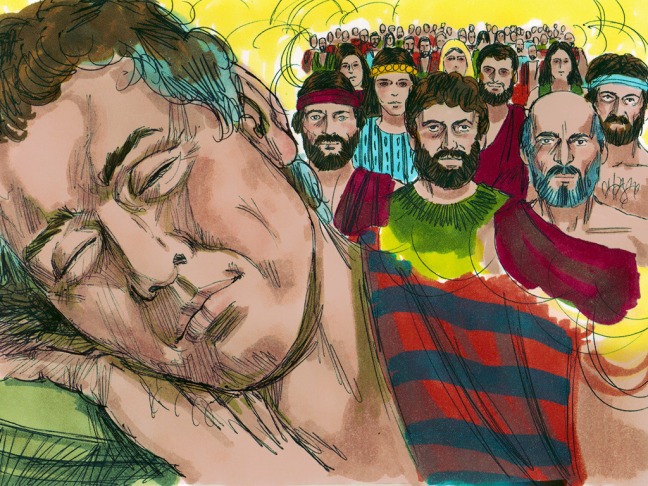 Do you believe in the promises that God has given to you?  To all those who have put their faith in His Son Jesus Christ, God has promised that their sins would be forgiven and that they will receive eternal life.  Yet if that is the case, why do people still live in fear of the unknown that will come when they die?  Do they not believe in the Lord’s promise.

As fallen human beings, we have a tendency to forget the good things that God gives to us;  that is why we sometimes turn from Him.  The people that were in the Bible were no different.  Many times the Almighty had to remind them of His promises lest they begin to doubt Him and forsake His ways.

In Genesis 48:2-4, Joseph visited his aging father Jacob who was sick in bed.  During their visit Jacob reminded his son that God had made a promise to him and to his family.  That promise included the blessing of many children, so much so that the family would become a great nation on the earth.  It also included a land that would belong to the family forever.

Faith in the Promise

Now during that time, only half of the promise had come true; for Jacob had been blessed with many sons and grandsons.  This made it possible for him to believe that God would provide for his family a land inheritance.  Now I can imagine that Jacob must have thought he may not see this happen in his lifetime, but he had faith that it would come to pass.  After all, God did follow through with His promise of many children.

That was why Jacob was telling his son Joseph about this promise.  He understood that it was essential to always remember the promises of the Lord.  Failure to do so would result in the family forgetting them and likewise forgetting God and believing that Egypt was their inheritance.

Jacob knew that Egypt was not the land of promise.  If it was, then God would have sent Abraham there at the beginning.   The end of Israel’s story was not in Egypt, God was not finished with them yet.

Remembering the promises of the Lord encourages those who put their trust in Him to press on in following His will; even when things are at there worst.  When we thoughtfully meditate on what the Lord says in His Holy Scriptures and believe them to be true, then His promises will strengthen us spiritually, emotionally, and physically.  This strength originates in recognizing, through prayer and Bible reading, that God is our Shepherd and will guide us to His promises, defending us from all that would harm us.

Holding on to His Promise

We live in a world that says that this reality is all that there is and when you die that is the end.  However God tells His people that this world is not the end, that in Christ Jesus they have a new beginning and a new life.  Let us hold firm to this promise and live according to it.  Let us meditate daily on the promises found in His Bible lest we forget and believe in the world instead of Him.

One thought on “The Importance of Remembering”