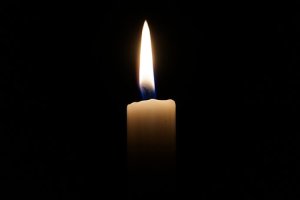 Yes, we are fully confident, and we would rather be away from these earthly bodies,
for then we will be at home with the Lord.
2 Corinthians 5:8 NLT

He lay almost motionless—a Superman tattoo on his arm.

My brother-in-law often kidded that he was Superman. And he had been. He had survived things that killed many people. Though a young man, several heart attacks had damaged his heart beyond repair.

Not only had he survived health issues, but he had also made it through many years of reckless living. He had endured beatings, robberies, and a near fatal shooting. He made it through work injuries. When the list was perused, I could understand the Superman tattoo on his arm as well as his mentality.

At last, the great leveler of all mankind had conquered him. Doctors had done all they could. Now he lay in a hospital bed in…