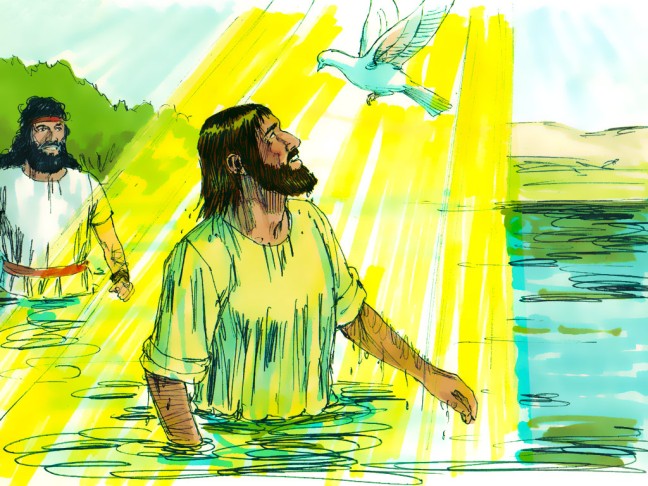 After witnessing the resurrection of Lazarus, the Bible Jumpers return to the time machine and share their thoughts.

“That was amazing,” said Simon as he sat in his chair, “It was more than I imagined it would be.”

“Wait a minute,” said Zach, “You knew that Jesus was going to raise Lazarus from the dead?”

Simon smiled and nodded, “I read about it in the Bible.”

Zach sat in his chair and sighed, “There has to be a scientific explanation to all this.  I mean, no man has the power to raise a man from the dead.”

“Scientifically, you’re right Zach,” said Daniel as he handed Zach a water bottle, “It is impossible for a man to raise a man from the dead after four days.”

“Then how can you explain what we just saw?” asked Zach.

“What!”  exclaimed Zach, “You’re a pastor, you’re supposed to have all the answers!”

“Well, I don’t,” admitted Daniel, “No man can truly explain the miracles that God does on earth.  All I can do is accept it out of faith.”

“Well I can’t accept it out of faith,” said Zach.

“Because I’m a scientist,” said Zach, “A scientist must examine the facts and determine the cause for things.  There must be evidence, I can’t just depend on blind faith.”

“Okay, let’s consider the evidence that we’ve seen so far on this trip,” said Daniel.

John leaned back in his chair, “Let’s see…hmmm…the first thing we saw were the angels.”

“And their announcement of Jesus’s birth,” added Mary.

“Don’t forget that voice we heard from heaven,” said Liz.

“We saw Jesus preach and heal some people of leprosy,” said Carrie.

“And finally, we saw Jesus raise someone from the dead,” said Simon.

“Very good everyone,” said Daniel.  He looked at Zach, “Now, based on these things, what can you determine that made it possible for Jesus to raise Lazarus from the dead if he is only a man?”

Zach thought about it, “Perhaps, Jesus is no ordinary man.”

“Your conclusion is correct Zach,” said Daniel, “Jesus is more than a man.”

“More than a man?” asked John.

Daniel nodded, “Do you remember when Jesus was baptized and we heard that voice from heaven?

“Very good John,” said Daniel, “Now does anyone want to guess who it was that was talking?”

Mary raised her hand, “Was it the voice of…God?”

“Hold on,” said John, “Are you saying that Jesus is the Son of God?”

Zach snapped his fingers, “That makes perfect sense!  It takes a supernatural power to raise someone from the dead; and who else but the Son of God to have such power.”

“But how can you prove that scientifically?” asked Daniel.

“I can’t…but it is the only thing that makes sense based on all the events we’ve seen so far,” said Zach.

“No…but I choose to believe it… in faith,” admitted Zach.

Daniel placed his hand on Zach’s shoulder, “Even scientists must rely on faith to explain the unexplainable.”

“I guess so,” said Zach sadly.

“Looks like Zach got a dose of humble pie,” said John.

Zach nodded, “I now understand that there are things in this world too wonderful to understand and to try to do so is a waste of time.”

“So, does that mean you are going to stop being a Brainiac?” asked John.

“Not at all,” said Zach, “But I’m not going to stress over those things that I don’t understand.”

Zach nodded and smiled.  He looked at Daniel, “Thank you.”

“You don’t need to thank me,” said Daniel, “You found the answers on your own.  I am only a guide.”

“Speaking of which,” said Simon, “Maybe it’s time for us to go on our next Bible Jump.”

Daniel nodded and smiled, “Okay everyone, please buckle up as I get machine started up.”

One thought on “More Than a Man”